Prediction: The Impact of 4 Emerging Technologies on Marketing 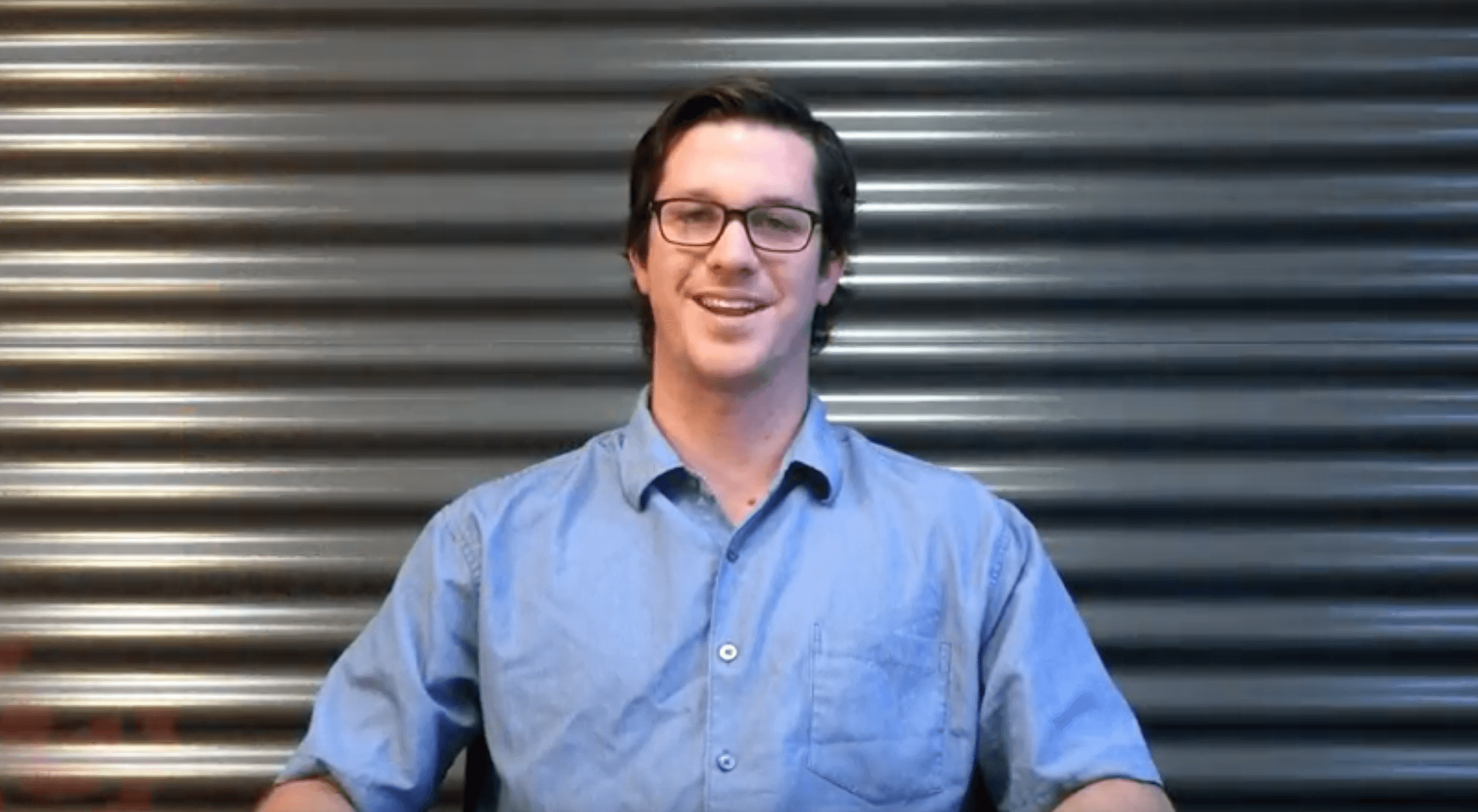 In this video, Sean discusses emerging technologies, including virtual/augmented reality, image SEO, chat bots and voice search, and their potential impact on the marketing and sales realm.

Hey, everybody. I hope you enjoyed those tips and tricks that we just shared with you and you get to implementing them right away. Now, let's talk about some of the things for what the future is going to hold. I named initially, in the beginning, four main things that we wanted to focus on when it comes to marketing in the future, as a result of this [Imbalance Succeed 00:00:24] conference.

Now, four things that I kept seeing come up in the variety of talks that I went to was virtual and augmented reality, image, especially when it comes to image search engine optimization, chatbots, and voice search. Let's first talk about virtual reality and augmented reality. This is an interesting concept that's been around for a really long time. A lot of people have heard more recently about augmented reality in the context of Pokemon Go.

A lot of things are coming through the pipeline when it comes to how people are going to start to leverage virtual reality and augmented reality from marketing. That's the next frontier. When new technologies come out, a lot of the times we test it by the marketplace, and then, over time, they're deployed in the consumer world. First, let's talk about a particular case study when it comes to augmented reality.

Within augmented reality, one of the case studies that I heard that was really interesting was from a retail perspective. Think about something that I've gone through the process of buying recently, like a bar stool. Well, typically when you wanted to buy a bar stool historically, you had to go to the store. You weren't sure if it was necessarily the right height, if it would look good in your kitchen, where your bar is.

There's a lot of variables to that. There's a lot of technologies that now people are utilizing where they're actually using their phones to then have a video format and seeing the whole room and have that bar stool then superimposed inside of the bar itself. So it becomes a little more tangible and palpable. You can actually see what that bar stool will look like in that arena, without actually going to the store and purchasing it. A lot of new retail companies are developing apps to help support this. I'm sure you can see the many potential applications of this. This is really the tip of the iceberg when it comes to retail.

Another interesting case study that I heard, I believe it was from Mitch Joel, who runs a great podcast that I listen to. It was along the lines of education. So when we think about education, and there's a lot of discussion around this and how can US keep up with the educational standards set by people in, say the Nordics and some of the people in the Asias that may be outperforming us right now? Well, there's a huge push right not to really try to improve the education of the United States as a whole.

Well, it's been around a really long time. I think the technology is finally coming to fruition. Reason I believe that is when you look at a lot of the financial institutions, the angel investors were throwing tons and tons and tons and tons of money at this, which to me is a signal for the market as a whole that this is where things are going.

Virtual reality and augmented reality, definitely very interesting. I think the final frontier of that is going to be the user analytics, when you start to actually observe the sensory experiences that somebody is having, say when their heartbeat increases or when they start to sweat. You can gain data from that. I think that's really the next thing to come out when it comes to virtual reality.

Now to talk about images for a second, right. We're a very visual-driven population at this point. People, it's been shown that people engage with videos, with photos a lot more frequently when it comes to the social media mediums that we're using. Images has kind of been coming to the forefront more and more, and a lot of times, I like to think about images in the context of search engine optimization.

There's a lot of effort that go into doing search engine optimization for content or for blog post, for a lot of on page content, but I think there isn't a lot of discussion around image SEO. I think it's going to become more and more important. The reason why I say that is number one, we're very visual-driven society. I think that goes without saying. That's very, very obvious.

Another few technologies that are coming out have to do with image recognition, so the ability, similar to something like optical character recognition, where a computer can actually observe the image and then understand what that image is, and then find other matches of it on the internet. So things like branding your images, getting backlinks from your images back to your website, those are only going to become more and more popular, especially as this image of recognition technology comes out. That's something to keep an eye out for as well.

One of the things I'm more passionate about and very interesting to me is voice search. Voice search is, it's kind of everywhere at this point. You've heard about the Siris, the Alexas, the Cortanas, depending on your platform of choice. It's really everywhere. Even Google now is coming out with some voice search technology. It's really interesting. comScore actually came out with a recent study that said, "Over 50%, or, about 50% of searches will be, uh, conducted via voice search by 2020."

So if this is something that your business isn't already think of and how you're going to optimize for that, definitely something we can do, especially when it comes to things like Alexa, who's almost a product search engine at this point. The way that consumers buy goods, say via Alexa, is going to be a huge way that Amazon is then selling now and in the future.

Another interesting thing that came out was that people actually use more buyer intending language as part of their natural language in voice search. So, when I'm using my voice as opposed to typing in something into my cellphone, I'm actually giving you more insight and more context as to what I'm actually trying to purchase as that end result. So people when they use their natural language in their voice search, they actually use more language that lends to buying more frequently.

In addition, one of the most important parts of voice search in the future is going to be delivering that good user experience. I've talked a lot about how Google and the other big players in the space from a search engine standpoint have put more of a priority on good user experience. Not only just delivering results, but delivering valuable results, delivering valuable results in context, and really trying to provide the best user experience possible. This is something that's going to be even more important for voice search, because you only have that one shot to deliver the response. Then if you don't deliver what they're looking for, they're probably going to go elsewhere or search other things.

Now what's interesting about Siri, Alexa, and Cortana where all that, and even Google Home, well a lot of that technology is coming out, and it's been around for quite a while. From my perspective, technology really isn't quite there yet. I think we're still a couple of years from being able to do things more than just say, "Hey, set me a timer," or, "Who sings that song?" or, "Can I get to the gas station from where I'm currently located?"

I think the technology's slowly becoming more sophisticated, and that's really a result of machine learning. I'm going to talk a little bit about machine learning here in a moment when we talk about Google and how they're about to dominate what we call the chatbot space. Chatbots are becoming very, very pervasive throughout society. They're almost everywhere. You go to your website. It's on the bottom right hand corner. You can chat with somebody, and it's a computer, but they'll usually give you a response right back, or maybe give you the ability to then get in contact with a human.

What Google is doing is they're understanding that machine learning is becoming more and more important, more and more ingrained within our society. Google is actually in the process of currently repositioning themselves as a machine learning company. Now, they're a little bit slower to the market than people were say than Siri, Alexa, and Cortana, but the interesting part about it is Google has decades and decades and decades and now search information more than anybody else when it comes to what people are actually searching for, although not necessarily voice search, but in the context of actually typing into a search engine and getting that result.

The other interesting thing about chatbots is HubSpot actually is coming up with a beta chatbot. I think this, again, this technology is a little bit early on, but by the same token, when you think of it in the context of something like a customer relationship management software, CRM, right? HubSpot has this great CRM with all these new features. Well when you have something like a chatbot where you can actually type in and ask them something, and even more so, maybe if that technology gets to voice search, it's just a matter of saying, "Hey, HubSpot. Set me an appointment at this date or this time or, you know, what, whatever that might look like."

Really, I think the chatbots are becoming more ingrained in our society, and it's going to allow people like sales people to make decisions quickly, to follow up on things more autonomously, and really being able to capture those things.

I hope you enjoyed today's chat, guys. We talked a little bit about some hacks that you can actually implement from a marketing perspective. We talked about four key technologies of the future, and what those might hold. If you have any questions, reach out to us. Get in contact with us. We'd be happy to discuss these in more detail. Till next time, guys.

If video marketing seems intimidating to you, or maybe you feel like you don't have the budget or resources to devote to it, watch our on-demand webinar, Low Budget In House Video Production.

HubSpot Competitors: How Does Klaviyo Compare?

The competition is high for email marketing software due to countless companies entering the playing field each year. As HubSpot...
By Campaign Creators
Jul 16 read

Today's marketing is all about having the right content, so where do lead magnets come into play?