Defining Narrative and Story In Marketing 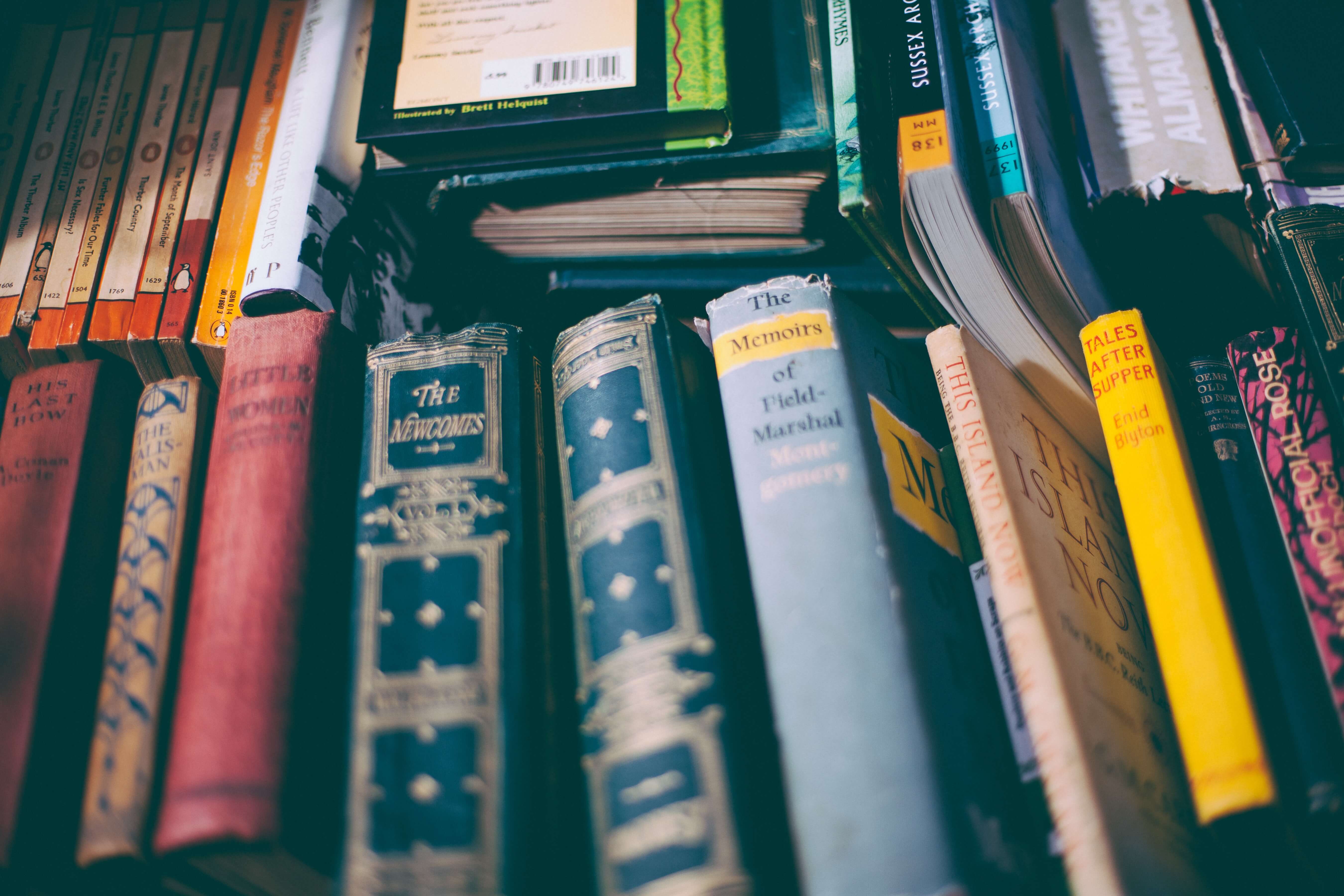 In an Intro to Literature course, you can expect to hear words like “NARRATIVE” and “STORY.” Of course, the stuffy professor will spend a considerable amount of time explaining the difference between the two, which may not feel very significant in the moment. Maybe he'll tell you:

A STORY is finite; it has a beginning, middle, and end. It's normally focused on a central character with which the reader or listener identifies.

A NARRATIVE is infinite, it's opened-ended and has no resolution. It's always in the process of unfolding, and often includes an invitation to participate within its unfolding.

Though the above definitions are great, I never thought I would be using them beyond my basic Lit 101 course. It wasn’t until I started thinking about storytelling within branding and marketing that I realized these basic literary conventions are still very much relevant in the work I do today.

There's an explicit link between STORY and NARRATIVE in marketing. However, when it comes to marketing for a brand, or even a personal brand, the definitions of narrative and story take on subtle differences.

A company’s long game, its far-reaching vision, and its long-term plans are its CAMPAIGN NARRATIVE. This includes the company’s origins, present, and future goals—as well as its core ideology and beliefs. This dialogue shapes how your company or brand interacts with consumers and how it's perceived in the media.

On the other hand, the "story" is short-term; it inspires consumers to direct action. These are the smaller wins for a company, overcoming challenges, or tidbits that tell about the company’s daily life. This is the day-today social media blip or blog post that gives consumers and fans a glimpse behind the scenes. Great brands use STORY to develop and reinforce their core NARRATIVE.

The Interplay of Narrative and Story

By telling and informing consumers of their "narrative", brands connect with ones that share the same goals and beliefs. The human elements of story (the everyday struggles and celebrations of a company) create a further emotional connection with these fans and consumers. These stories attract them, drawing them in to take part and participate with the narrative of the brand.

ELEVATE YOUR BLOG WITH OUR FREE RULES TO BLOG BY CHECKLIST!

A brand that does this particularly well is, of course, Apple. What makes Apple’s marketing so successful is what they don’t do. Their marketing and advertising doesn't make an overt pitch to get you to buy the next generation of Apple products, rather they market their core belief: the power of human innovation.

Which is why Apple’s iPad Air – Your Verse ad is so effective. The commercial itself is simple, several different clips of humans doing exceptional things, like mountain climbing, making art, or even playing hockey, with a Robin Williams voiceover from the film Dead Poet’s Society.

The ad is a literal series of STORIES of human innovation and creativity, which again reinforces Apple’s narrative. What makes the ad and the messaging truly remarkable is Robin Williams’ voiceover. It ends on a literal call to action, “What Will Your Verse Be?” Instead of showing consumers what is a person can do with an iPad Air, the ad asks viewers, "What can you do with one? What will be your contribution to human innovation and Apple’s narrative? What will be your story? What will your 'verse' be?" It puts the responsibility back on the viewer to engage with Apple's narrative. 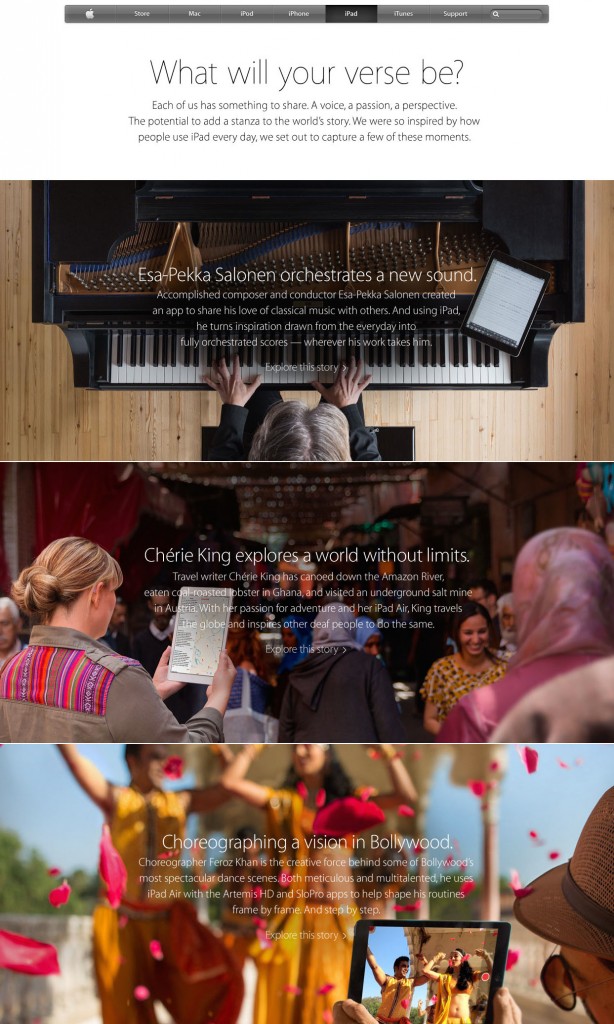 It’s an effective spot and appeals directly to Apple’s consumers. It reinforces the brand and its narrative to core consumers while acting as an introduction to new ones.

That is exactly the point of having a consistent brand narrative and story: to create and attract new customers while reminding current ones of why they loved the brand in the first place.

What do you think? What is the relationship between NARRATIVE and STORY for your company?

Are you a blogger? Or maybe the company blog fell into your lap? Be sure you are following blogging best practices with your free Rules to Blog By checklist.

How We Used Content Pillar Playbooks to Boost Organic Traffic