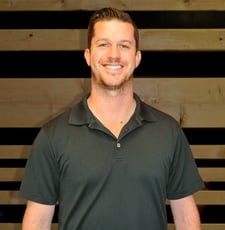 Sean was born and raised in the historic valleys of Escondido. After shedding his board shorts for a winter coat, he made his way to Virginia where he graduated from the University of Virginia (wahoowa!) with degrees in both Economics and Sociology. He has always had a passion for the burgeoning industries in Southern California such as biotechnology, education, and consumer technology, so it wasn't long until he found his way back to San Diego. Fascinated with consumer psychology and the buyer's journey, Sean pursued a career path at Campaign Creators.

Sean is one of Campaign Creators' veteran employees. He's been here from the start and was able to see first hand, the growth and commitment behind the company. For him it was important to choose a workspace where mentorship was provided and encouraged to pass on. One of the reasons why he loves working here is the family atmosphere and general excitement. “Everyone comes to work with an authentic passion for their areas of focus and the companies they work with.” His expertise in SEO and CRO have made him a valuable company resource (you may have heard him spit some knowledge in some of our webinars).

As a former collegiate rugby player, Sean is often described as a true competitor. When he's not at the office he enjoys participating in anything competitive: cards, board games, lawn games. He's also a huge lover of the outdoors so you can expect to catch him camping, playing golf, or pitching horseshoes on the beach. Something people might not know about Sean is he's almost been to all 50 states & 20+ countries. He got to explore a lot of the world when he was a badass bartender on a cruise ship and while he's a pro at pouring ya a beer, he's been known to enjoy "spirited" conversations with his team on the latest trends in marketing and technology.