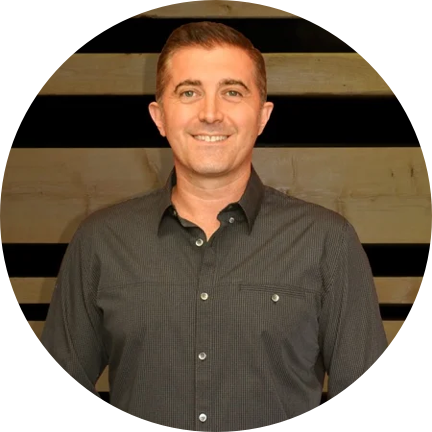 > Book as a speaker

A scientist in a past life, Bob studies consumer behavior in a world wide lab. His unique perspective guides our strategy and keeps us up to date on the world as it changes.

Book as a speaker

Bob was born in San Pablo, CA and raised east of the bay area. After receiving his Bachelors in Neurobiology, Physiology, and Behavioral Science from UC Davis, Bob entered the work force as a molecular biologist. With a path set towards medical school, he was still eager and curious to know what else was out there so he moved to San Diego to pursue something outside of his scope of knowledge. It was then and there that he eventually found a love for sales and marketing. Better yet, a love for entrepreneurship.

With 15 years of experience in business development, Bob has dedicated himself to helping companies positively impact their bottomline. Campaign Creators came into existence because Bob wanted to expand past his sales involvement and build a company where he was upholding the promises to his clients. At Campaign Creators, we're helping companies influence their sales process and navigate through complicated business development channels. Bob learned the best way we do this is through our specialized lead nurturing and marketing automation processes, making us unlike any traditional marketing agency. As a growing business, the obstacles we've overcome and the foundational bond we've built are two of the many reasons why he truly appreciates this team.

Aside from running 4 companies, Bob was selected and graduated from SDCC's Public Leadership Program. Since 2006, he has helped grow over 300 companies, raised over $5 million in seed capital for start ups, and generated $50+ million for small companies and startups. Something people might not know about Bob is he won top prize on reality TV show pilot called The VP Contest. When he isn't focused on work, his number one priority are his kids, Lilliana and Lincoln, and lovely wife Bertha. He loves to trail run and enjoys playing pop culture hits like Despacito on his grand piano.